It appears the loathing between the Member of Parliament for Asawase Hon. Alhaji Mohammed Mubarak Muntaka and the firebrand MP for Assin Central Kennedy Agyapong is raging on, almost a year after the two nearly got into near fisticuffs on the premises of parliament.

It followed a motion moved by the Asawase Legislator for Kennedy Agyapong to be referred to the privileges committee over his media threats prior to the murder of Tiger Eye undercover journalist Ahmed Hussein-Suale.

Upon seeing Muntaka Mohammed at the Speaker’s lobby the Assin Central MP begun hurling insults calling Muntaka a thief – referring to the infamous ‘Kyinkyinga’ allegations which led to his resignation as Sports Minister.

In return the Minority Whip called Mr. Agyapong a drug dealer. The heated exchanges between the duo moved from the lobby onto the floor of the Chamber where some colleagues intervened.

Answering to a question on the Ultimate Breakfast Show whether the two had patched up their differences, Muntaka Mohammed contended he is not motivated to “associate with types of people like Kennedy Agyapong.”

He told host Julius Caesar Anadem, when you ask that are, we in good terms, it sounds like we were friends. We have been in parliament for over a decade and we have not been friends because like-minded flop together.”

The Hon. Muntaka Mohammed however indicated that he had several friends across the political isle who he criticizes and still has good working relations with because he separates personalities from issues.

He recounted how he still had good relations with Minister of Trade and Industry Allan Kojo Kyeremanteng and his deputy Callous Ahenkorah even during the heated arguments on the Cash for Seats Saga.

His best pal he mentioned was the Minister of Education Dr Mattew Opoku Prempeh whom he would not spare on the double track but scored him some 70% for carrying out his duties as a minister. 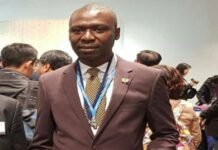 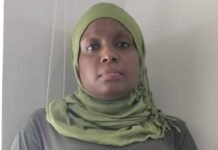