President Akufo Addo did not issue any statements on Mahama’s birthday as he (Nana Addo) has done previously in the case of Dance-hall singer, Shatawale.

This is contrary to what former President Mahama did to Nana Addo from the Jubilee House as the President.

Mahama in a tweet wrote: “Best wishes senior brother, Nana Akuffo Addo, on the occasion of your birthday” when Nana Addo, then flagbearer of the New Patriotic Party, clinched 72 in March 29, 2016.

President Mahama had described Akufo-Addo as his “senior brother.”

“Those of us who served under John Mahama in various capacities recall a man with boundless energy, with razor sharp mind, and one who does not suffer fools gladly. Working with you was a school, and the lessons learnt are worth their weight in gold,” a former deputy minister said in a conversation.

While most Ghanaians consider the issue as an oversight, others have argued that it was a calculated act.

“President Akufo-Addo has dozens of aides, one of them could have done even a one-paragraph statement to Mahama on his birthday. It’s a deliberate act by the President and his handlers,” said a respondent who craved anonymity.

Afoko is too hostile, not interested in reconciliation -Blay 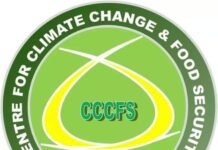