There is widespread anger in the strongholds of President Nana Addo Dankwa Akufo-Addo as furious NPP members are said to have begun to express concerns that the party might lose the next  general elections following the crisis in several constituencies of the party precipitated by the party’s national chairman, Freddie W. Blay’s handling of matters affecting the party.

An angry party source had lamented: “He is destroying the NPP’’. The party is on the verge of foisting candidates on constituencies following the National Council’s decision to uphold the disqualification of some aspirants by their respective vetting committees.

There is raging anger among some Polling Station Executives and supporters of the ruling New Patriotic Party (NPP) in the Eastern Region after the National Executive Committee (NEC) of the party upheld the disqualification of fifteen (15) aspirants by the vetting committee.

The supporters of the disqualified aspirants were hoping NC will adduce merit in petitions filed by their various aspirants to reverse the decision of the vetting Committee which they describe as unfair and unjust.

The disqualified persons were among 79 aspirants in the region who appeared before the committee.

Some of the disqualified aspirants were Lawyer Philip Addison-Lead Counsel for the NPP during the landmark election petition of 2016 at the Supreme Court. Lawyer Phillip Addison was contesting the incumbent MP, Nana Ama Dokua also a Deputy Information Minister alongside William Agyei Twumasi an Accountant at Akropong Presbyterian College of Education who was also disqualified.

Dr. Samuel Owusu Akyem, the only aspirant who was contesting the MP for Atiwa West-Kwasi Amoako Atta who is also Roads and Highways Minister, was disqualified.

At Fanteakwa North, the incumbent MP, Kwabena Amankwa Asiamah, will go unopposed as his two contenders, Moro Sakyiama Yakubu and Freeman Ofori Agyarko were booted out of the race.

The Eastern Regional Secretary of the NPP, Jeff Konadu, briefing the media after the vetting in March explained that those disqualified had their documentations fraught with irregularities whilst in the case of Atiwa East, the four were disqualified because their supporters breached the party’s code of conduct by invoking a curse on the committee.

Similarly, some supporters in the Asokwa Constituency of the Ashanti Region have threatened to stop supporting the party in the upcoming 2020 general elections if a parliamentary candidate is imposed on them.

Although the party has not officially released the names of the aspirants who qualify to contest in the June 20 primaries, the supporters say they have received information that the only aspirant contesting the incumbent MP has allegedly been disqualified by the national executives.

The agitated party members as a way of showing their dissatisfaction converged near the Susa river at Atonsu to invoke curses and urged the party leadership to ensure there is a fair contest in the constituency.

But, the NPP constituency organizer at Asokwa, Eric Osei urged the party leadership to handle the matter peacefully to avoid apathy in the upcoming general elections.

“We want to caution the NEC against any attempt to do anything sinister. This is a democratic party. We must make the delegates decide on which candidate they prefer because they have vowed to vote against any candidate that is imposed on them.”

In the Offinso South Constituency, aggrieved delegates marched to the Offin river to perform a ritual to resist any attempt by party executives to impose the incumbent MP, Abdallah Bandah on them.

The situation is not different in the Juaben Constituency of the Ashanti Region where delegates have protested the decision of the party executives to disqualify an aspirant, Francis Owusu, from the constituency’s primaries.

The situation is not different in Central Region.  Supporters of Richard Panford, the sole aspirant contesting the sitting Member of Parliament (MP) for Gomoa East, Kojo Asemanyi took over the Constituency Capital in protest the disqualification of their aspirant.

The angry demonstrators on Saturday, June 6, 2020, invoked curses on the incumbent Legislator and top party hierarchy who have a hand in the disqualification of the aspiring Member of Parliament.

Barring urgent intervention by the party’s leadership, a mass defection is threatening the Dormaa Central chapter of the New Patriotic Party (NPP) in the Bono Region following the disqualification of the only contender of the Health Minister, Kwaku Agyemang Manu forcing some irate youth in the area to set ablaze properties of the party’s Constituency office.

The youth are speculated to be supporters of the MCE who was an aspirant in the constituency primaries.

The Municipal Chief Executive (MCE) for Dormaa Central, Iddrissa Ouattara, has dissociated himself from the destruction of properties of the Party in the constituency.

But Youth insists the move was to register their displeasure over the disqualification of their candidate.

They argued that his exclusion from the race is part of a plot to ensure that the incumbent Member of Parliament and Health Minister, Kwaku Agyeman Manu goes to the polls unopposed.

Mixed reactions have greeted the decision of the leadership of the NPP to disqualify some aspirants in the party’s constituency primaries.

Saboba Constituency in the Northern Region was not spared. Supporters of one of the aspirants went on a rampage over his disqualification.

“We are courting the anger of the people, who are watching. The NDC behavior is what we are replaying, and the fear is that we might be punished” said the sources.

Party leaders in various Constituencies, especially in the Eastern, Ashanti told our correspondent that the NPP has never had it so bad. “Not even John Mahama or the NDC has done the kind of damage to the NPP like Freddie Blay has done.

“For the first time since the NPP was founded, members are openly cursing and questioning the party leadership’’.

“His moves have created tensions in many constituencies. Members in Nana’s core regions have never been this disenchanted and disillusioned.

At a Steering Committee meeting held on Monday (June 1, 2020), the party agreed to hold the election in electoral areas rather than at the constituency level to ensure social distancing.

NPP was to use the primaries to elect parliamentary candidates in constituencies where it has sitting Members of Parliament, ahead of the 2020 general elections.

Many parliamentary aspirants suspended their campaigns due to the decision.

But with the easing of some of the COVID-19 induced restrictions, some aspirants have resumed some level of the campaign. 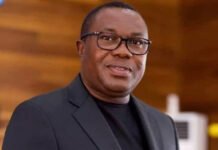