A renowned man of God based in Ashanti Region Apostle Dirl Airl King Marshal is angry with the Christian Council of Ghana and thus called for its immediate dissolution.

He said, the membership of the revered committee lacks integrity to drive home the essence of the council.  For him, (Apostle Dirl) the entire membership of the Christian Council should be replaced with trustworthy men and women to propagate the word of God.

The Founder and Leader of Soldiers of Christ Prayer Group Ministry shared with THE HAWK NEWSPAPER in an exclusive interview a negative message he said to have received from God concerning the members of the Christian Council few months ago at the time he was before the LORD in prayers.

Spilling the bean, the Kumasi based Apostle disclosed that he was told by God directly in a divine encounter that “He (GOD) does not recognize them (leadership of the Christian Council) as true leaders of his Church. Most of the executives of the council are not faithful before him (GOD) and that they have relegated to the background the TRUTH and fallen in love with money and increased their desire for material acquisition.”

” Why have they been silent on the prevailing visible but spiritual corruption that has taken a center stage among most preachers in Ghana’’?  Are they not aware of the unpleasant happenings in their Churches?” Are they oblivious to the untold hardship visited on God’s people? Why are they quiet? What is making them speechless? He said, he was detailed to ask them.

For him, God is angry with them for failing to fight and speak for and on behalf of the silent majority against how some preachers especially those belonging to the false category are making merchandise out of the Church plus other litany of ministerial inaction.

He alleged that the Christian Council has failed to bring both politician and miscreant men and women of God to book because their hands are soiled. According to him, members of the committee of Church Elders have been financially and materially induced whence their loud silence on issues of national interest, and thus becoming almost like a toothless bulldog.

The current commercialization of the Gospel of Christ by some “men of God” he noted is painting a bad picture of the true image of the Church and was expecting the Christian Council to act against that.

Apostle Dirl Airl King Mashal in his view sees the current executives as a great disappointment to Christianity and the course of CHRIST in Ghana. 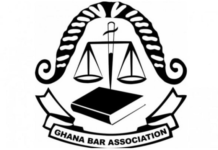