With few months to Ghana’s general elections, voters have enough time to assess the candidates’ relative merit, not only based on their vision and programs for the country, but also track records, integrity, and character. The three pairs are different enough to represent all the divergent ideologies, aspirations, and interests of voters.

Ghanaians never stop complaining about the state of their country, from corruption to nepotism and abuse of power. The December 7 election is their only chance to decide who should be at the helm in solving these problems.

I confess here that I worked on my small digital operation of the 2016 campaign that brought the NPP to power. It was a job I did voluntarily to the best of my abilities despite my moral dilemma. I ignored the small voice in my head that said, “NPP coming to power would be dangerous to the essence of the country’s unitary and democratic spirit”. I reasoned with that voice with,” How bad can that be? It will be fine. It will help the economy and the people”. But since those thoughts crossed my mind a few years ago many things have happened that fill me with shame for being so delusional. The NPP cannot possibly dare to mess with our state institutions and their freedom. But it has done just that.

I had silenced my fear that the NPP will mess with our rights because of the trust I had in the Presidential candidate. How can it possibly do that in the most democratic country in West Africa?

But today, that too has happened. My right to vote, eat and say is under threat. I cannot believe that I did not see this coming. I chose to ignore the signs and believed that these were not possible.

I feared I would live in fear under a party I have admired since childhood but had chosen to ignore that thought because I convinced myself that it was not possible under Mr. Akufo-Addo. I should have read the signs and known that there was only one way for politics in this country to unfold.

I had not imagined that an NPP government would crackdown on civil society organizations, journalists, and media houses that fight against corruption, nepotism, and human rights abuses. But it has.

I feared that our state institutions would be manipulated by the politicians. I chose to believe that that too was not possible. But of course, I was wrong. Our security agencies, the electoral commission, and other State institutions now operate as party institutions taking orders from NPP executives and government officials. The message is loud and clear. Either you toe the line of the government or you go through pains in broad daylight.

A close friend and a former close friend of the sitting President had warned me for years that these things were going to happen, but I always thought he was being too harsh on the NPP and its leader. But again, I was wrong.

The good news today is that there is nothing left to fear. My worst-case scenarios have already come true. We are headed towards being a nation that is torn apart by what is on our plate.

And this is just the beginning. Things will get worse. Some have always been mercenaries and served any master that showed them bundles of cedis. Some of our forefathers did it for the British and now some will probably do it for this insensitive government. English novelist George Orwell in his essay notes on nationalism wrote, “Every nationalist is capable of the most flagrant dishonesty, but he is also- since he is conscious of serving something bigger than himself- unshakeably certain of being in the right”. 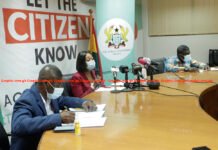 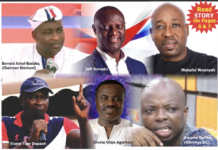