The opposition National Democratic Congress, NDC, is on the brink of imploding as the party’s internal crisis has reached a tipping point with the latest developments. The NDC, is facing the risk of disintegration amid an internal crisis and rival claims to its leadership following the approval of the nomination, screening and endorsement of Kenneth Kuntukunuku Ofori Atta as the finance minister.

Samuel Okudzeto Ablakwa, Member of Parliament for the North Tongu Constituency on the ticket of National Democratic Congress had posted on social media the content of his resignation notice to the Rt. Hon. Speaker of Parliament.

For the former Deputy Education minister, his reasons for his resignation are both personal, and on principle.

Until the blatant endorsement of nominees, the members of the NDC has accused and blamed Ken Ofori-Atta for running a rudderless, inept and incompetent government that has failed to deliver good governance to the Ghanaian people.

The NDC since the mass approval not gotten out of the woods yet as some top officials seem to have broken away from a decision to do away with the Haruna Iddrisu-led leadership in Parliament.

Even though the General Secretary is on record to have said the decision to approve Ken Ofori-Atta was a party decision, it will take special divine intervention to restore calm in the camp of the Akatamansonians.

The newest to subscribe onto the party’s pandemonium is the Greater Accra Regional Chairman, Ade Coker.

According to him, ‘replacing Haruna Iddrisu, Muntaka Mubarak Mohammed will disturb the party.  ‘I disagree vehemently with those who have called for Haruna and co to be changed”, he stated.

To him, the minority caucus had a meeting prior to the approval; therefore, they must all carry the blame for the outcome.

“We went in there and some people did the most embarrassing thing and now they don’t want to take the blame. All of us, including myself, must be blamed but we should not just assume that everybody voted for those people,” he said.

But a former Vice-Chairperson of the party, Anita Desoso, thinks there’s the urgent need for change of party’s leaders in Parliament.

“If they don’t change these guys now, I’ll personally lead a demonstration against her party leadership because this can’t continue anymore,”

However, a former Majority Leader, Cletus Avoka has put all the people calling for a change of the Minority Leadership in one box and labelled them ignorant.

In the meantime, South Dayi Member of Parliament, Rockson Nelson Dafeamekpor has indicated his willingness to gladly replace Samuel Okudzeto Ablakwa on the Appointments Committee if given the opportunity.

He said, to even shift them (Haruna, Muntaka and Avedzi) internally would be damaging to the formation let alone to replace any.

On his part, Odododiodio MP, Edwin Nii Lante Vanderpuye, resignation does not make one a team player.

There were situations we have disagreed with our leadership but that did not get me to resign. Working as a team is very important. Whatever happens, we need to be together as a team to make things successful. Resigning does not make you a team player”. He noted. 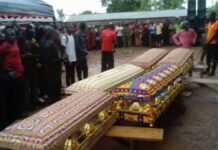 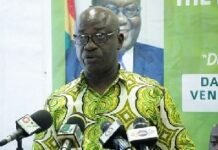