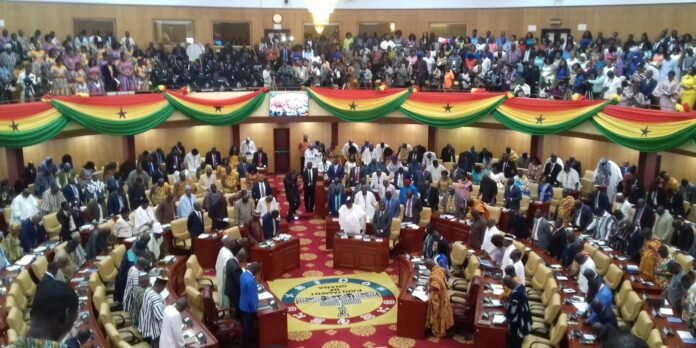 Democracy is based on the notion that a people should be self-governing and that the representatives of the people be held accountable for their dithering, actions and inactions. For stability and good governance to be achieved, some degree of cooperation and understanding amongst the three arms is expected.

Chambers 21st century dictionary, defines legislature as that part of government which has the power to make laws, while the Blackwell Encyclopedia of Political Science, not Black Law Dictionary defines legislatures as political institutions whose members are formally equal to one another, whose authority derives from a claim that the members are representatives of the political community and whose decisions are collectively made, according to complex procedures. John Stuart Mill wrote that in a representative democracy, the legislature acts as the eyes, ears and voice of the people. According to him, “the proper office of a representative assembly is to watch and control the government; to throw the light of publicity on its acts, to compel a full exposition and justification of all of them which any one considers questionable, to censure them if found condemnable.

In addition to this, the parliament has an office……to be at once the nation’s committee of grievances and its Congress of Opinions.” Loewenberg conceptualizes legislature as “assemblies of elected representatives from geographically defined constituencies, with law making functions in governmental process,” while the erudite Professor of Law, Ben Nwabueze, noted that “the legislature is the distinctive mark of country’s sovereignty, the index of its status as a state and the source of much of the power exercised by the executive in the administration of government. The sovereign power of the state is therefore identified in the organ that has power to make laws by legislation, and to issue command in the form of legislation binding the community.”

The legislature which represents the people and acts as their agent is therefore essential to good governance. The legislature is primarily, a lawmaking body not footballers or fighters which they will be kicking ballot boxes to themselves and has intrinsic link to the people through representation. The legislatures operate under a system of collective decision making. They adopt policies and make laws through the process of deliberation, and are the bedrock of good governance. But now the reverse is the case, our lawmakers here in Ghana today have turned themselves into legis-looters, street fighters, turned the red chamber of lawmaking body to ring, resulting into public fracas when it comes to oversight aspects, disgrace and shameful to the international body, their deliberations in office is on how to favour themselves through passing unfavourable motions on the floor of the House.

It is not news therefore that the 8th Parliament started on the same well-worn path that doomed the 7th Parliament and going by the drama and intrigues that heralded the inauguration of the 8th Assembly.

The role of the legislature role, as enshrined in the Ghanaian constitution can be seen under article 93(2). No person or body other than Parliament has the power to pass any measure with the force of law except by or under the authority conferred by an Act of Parliament. The legislative function consists of passing Bills and scrutinizing statutory instruments and deciding whether to annul them or allow them to take effect by the effluxion of time.

Again, Parliament has the power and duty to monitor the expenditure of public funds to ensure that the monies it has authorized are used for the purposes for which they are intended by taking appropriate action on the Auditor-General’s Reports.

And as the embodiment of the sovereign will of the people of Ghana, Parliament exercises oversight of the Executive. Parliament keeps a watch over the performance of the Executive, which controls the public services, to ensure that the implementation of public policy conforms to the approved developmental agenda of the state and expenditure incurred is in accordance with parliamentary authorizations.
‎

For the legislature to play its roles effectively, its hands must be clean, and house put in order. A corrupt legislature will not have credibility and authority to carry out its role as the watchdog of the people. In analyzing the basic roles of the legislature, vis-à-vis the lawmaking, representation and oversight functions, the question that readily comes to mind is, has the legislature in Ghana done much in the promotion of welfare of the generality of Ghanaians by providing quality representation and provision of basic amenities and enabling environments? They have a duty to represent the interests of their various individual constituencies rather than representing their personal interest, parties and family members under the pretext of national interest.

But our politicians do not seem to mind when the polity is heated up because of their inordinate and selfish ambitions to dominate the power equation in the country, but who is going to be at the receiving end of the crisis except the masses they are governing.