Salma Mumin a self-styled movie maker told a BIG FAT LIE when she sought to create the impression that it was no longer safe to do business with MTN.

The Instagram actress had accused Telecommunication giant MTN of stealing about Ten Thousand Ghanaian cedis in her merchant account.

A claim, the telecommunication provider has vehemently denied.

Reacting to the accusation, MTN has given Salma Mumin a 24-hour ultimatum to apologize for

her claim that  “MTN is not safe”.

According to MTN-Ghana, they will be compelled to take legal actions against Salma Mumin if she doesn’t come out to retract her claim that suggested that MTN had stolen her money. 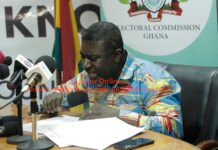