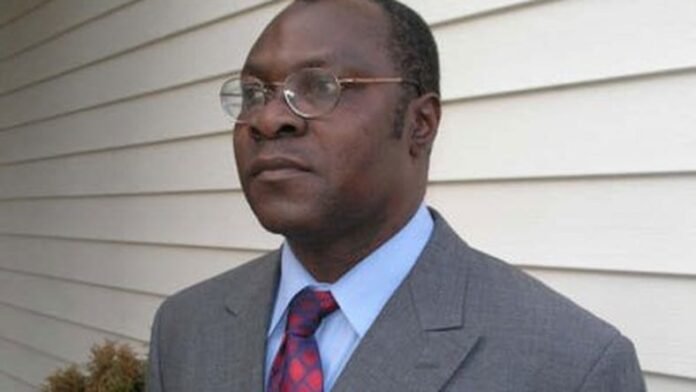 He argued that though the court’s decision may be grounded in law, it unfortunately suggests, that the Electoral Commission has something to hide and the courts and the victorious President wants to help in hiding it.

He labelled the Court’s decision to uphold the refusal of the 1st and 2nd respondent witnesses from testifying before the court and same cross examined as unjust.

His reaction is hinged on a unanimous ruling read by Chief Judge, Anin-Yeboah, the president of the ongoing election petition instituted by John Dramani Mahama at last court sitting.

The Seven-member panel held that they can’t extend their powers to compel a witness to mount a witness box to be cross examined against the witness’s wish despites the legal arguments and cases canvassed by the lead Attorney for the petitioner, Tsatsu Tsikata.

The Supreme Court has since come under serious criticism from both connoisseurs of the industry, and laymen alike.

Below are details of the write-up by Dr. Arthur Kennedy

UNJUST RULING BY THE SUPREME COURT

Yesterday, the Supreme Court ruled that the Chairperson of the EC, Mrs. Jean Mensa, need not testify in the Election petition that is before the court.

The legal precedents cited were impeccable. They were eloquent. My head is still swimming with Adinyira etc, etc. Even before then, Ace Ankomah had delivered a preview that was brilliant and detailed. While the ruling was legal, it didn’t further the search for truth and justice.

The court, respectfully, was too focused on law rather than justice.

While many Ghanaians don’t care about former President Mahama, they care about Ghana’s reputation for the conduct of fair elections. Regardless of what the law says, the EC owes the nation an explanation of how and why our election results had to be changed so many times. These changes in results, even if the final tally was right, could have led to civil war in many countries. And people died during this election. Therefore, the EC owes Ghana an explanation of what happened.

The court would have done a great service to Ghana if it had found a way to get the EC Chair on the stand, under oath, to explain to Ghanaians what happened and why. This followed by a cross-examination by Attorney Tsikata would have been good and great for Ghana.

While many legal luminaries have explained the rightness of the ruling according to law, the court, the EC and the President lost in the court of public opinion.

Imagine a closely fought league season with Hearts and Kotoko neck and neck and the season coming down to one epic match, won controversially by Hearts. Kotoko, believing a replay might be necessary based on the Match Commissioner’s report, appeal for its release. If the GFA, joined whole-heartedly by Hearts, refused to release the report, how would that look?

The law may follow precedent blindly but justice does not. That is why courts overturn their own precedents all the time, in pursuit of justice. Our courts gave us re: Akoto and quite a few other decisions that many in our country now regret. The US Supreme Court gave America Dred Scott and Plessy v Ferguson that are now condemned.

Our democracy, our Electoral Commission, the Supreme Court and our President have been harmed by a ruling that suggests, unfortunately, that the EC has something to hide and the courts and the victorious President wants to help in hiding it.

Assin Central residents cry out for water and roads