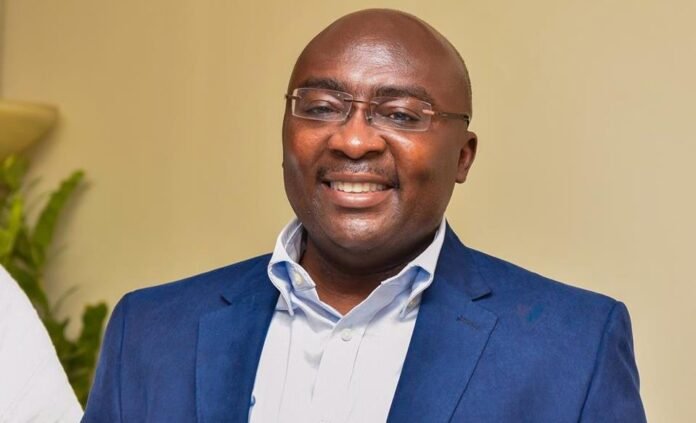 Alhaji Alhassan Adamu has subjected the opinions of Chieff Obosu Mohammed to proper scrutiny, describing them as politically neophyte.

Chieff Obosu Mohammed, a former press aide to Hon. Alan Kyeremanteng had earlier in the day released a write-up explaining the strengths, capabilities, reasons why Vice President Dr. Mahamud Bawumia, remain the best shot for the New Patriotic Party going into the 2024 elections.

But Alhaji Alhassan Adamu, another dyed-in-the-wool fan of the Trade Minister hold contrary views from Chieff Obosu’s reasons for declaring for the Vice President.

According him, it’s uncommon in Ghana’s political history for a vice President to ascend the throne immediately.

He cited late Prof. Atta Mills and Alhaji Aliu Mahama as a classical examples of vice presidents that failed to in their frantic bids to ascend the seat of government immediate.

Alhaji Adamu has however served notice to respond to any article from Obosu, and many writers.

RE- DR BAWUMIA EMBODIES OUR BEST SHOT FOR 2024

Asalam aleikum fellow Ghanaians, may the Alllah grant us understanding and peace as we ponder in the search of a suitable flag bearer to break the 8, as it has come to be known. This exercise, albeit its difficulty and sometimes emotionally charged, is the best way to objectively support and elect a candidate to win both the primaries and the general presidential elections to continue the good works of the President and the government

In a piece penciled by my brother Chief Obosu, he tried to drum home the Bawumia factor and the blessings it has brought to the party. But, without mincing words, I would like to dig deeper into that assertion and gradually test it veracity based on deep analytical understanding, facts and research.

I may say, while it may seem to the political neophyte mind that Vice Presidents have clear shot to the presidency, global and national electoral trends do not support this assertion. No Vice President has had an immediate ascendency to the presidency in Ghana’s political history.  Infact, globally the story is not different. In the United States, the only time a Veep, in recent times, had immediately ascended to the presidency was in the late 80s (over 30 years ago) when George Bush senior succeeded Ronald Reagan. The popularity of Clinton’s presidency could not even secure a third term when Al-Gore ( who was the Veep under Clinton) tried. Joe Biden only listened to wise counsel and chose not to disturb the trend of affairs in their party by not contesting Hillary Clinton but later came,after she failed, to wrest the seat.

In the United Kingdom, The Tony Blair Gordon Brown reign was seen to be a prefect combo with excellent popularity and economic gains. However, the people rejected Gordon Brown when he tried to succeed his boss.

So, the question is what makes my brother think that the story could be different this time if we present Dr Bawumia. It may not be the fault of our Veep but is it the difficulty of defending actions and inactions of a regime that he was the second-in-command and may not directly be responsible for such deeds. Once you were the Veep of a regime, any attempt to immediately ascend to the presidential seat may suggest an extension of that regime, hence the culpability.

Another difficulty is internal apathy. There is a saying that opposition parties do not win elections but it’s governments that lose them. Whilst existing government machinery could whip party folks to elect certain individuals, the same cannot be said in the general election. Apathy and internal party wrangling could play against government in general elections. In this instance, party folks who may have been adversely affected by the deeds of their own party (mafia-ed) may be reluctant to actively campaign for its extension, whilst those who may have benefited may not also show so much anger and hunger for power, as it used to be, therefore losing the seat.

My brother Obosu also tried very hard to create the impression that Dr Bawumia’s addition to President Akufo-Addo’s ticket won us some seats and electoral fortunes in the original three northern regions. This is an assertion so difficult to fathom. Can we also say that our poor performance in the other regions are by his actions . Oh sorry, or can that be the action of his boss? Or Can we say that prominent personalities in the north such as Hon Hajia Mahama, Hon Karbo etc who lost their seats are by his actions?  Chief Obosu, I know, can propagate better argument than this.

NPP as a party has a strong base in certain parts of the traditional three northern region. Historically there was an original NPP (Northern People’s Party) that had alliance with other parties from the south which later begot our modern day NPP. The unfortunate demise of Yaa Naa eventually affected our base.

Even with that unfortunate incident, since the year 2000 our votes from the original three northern regions have been gradually soaring even before the advent of Dr Bawumia. Moreover, the peaceful settlement of the Dagbon issues and the subsequent enskinment of a new Yaa Naa  have restored the trust and the hope the good people of Yendi and the North in general have in our party, which culminated in the electoral fortunes witnessed in the 2020 elections. Kudos to the President.

These successes have little( nothing, would be unfair, as mum and dad may have voted for us this time )to do with Dr Bawumia .

As conservative a party as we are, many had held the thought that the next in line to assume the flagbearership will be so obvious. Howeve, there are certain emerging pragmatic voices that seem to dance to the tune of the socialist. I am fully much convinced that in both the conservatism and pragmatism argument for the choice of the next flagbearer, the Veep is lagging.

This is just a beginning of series of articles to respond to my good friend Chief Obosu and many other writers, and together the good people of our party would be well informed to make a good choice.

LET’S BREAK THE 8 NOT THE CHAIN 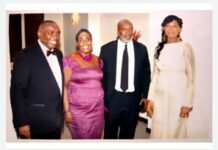