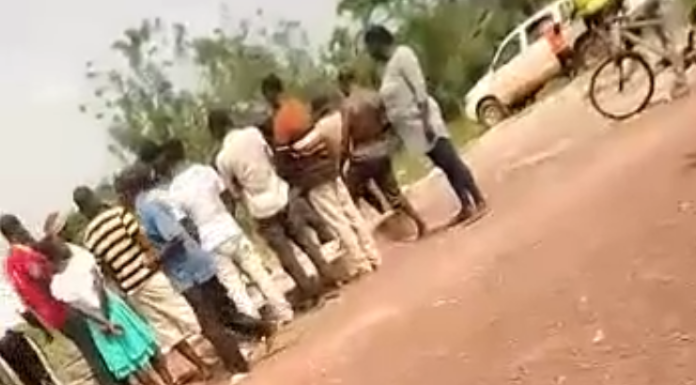 Perseus Mining Ghana Limited says it provides an alternative source of water to the area before the borehole was disconnected.

There was pandemonium in Ayanfuri- Kakrayebedie, the farming and gold mining community in the Asuagyah South District of the Central Region, following the current severe water crisis which has rocked the residents in the area.

The situation, lamented by distraught residents was as a result of the move by the Perseus Mining Ghana Limited (PMGL), the multi-national gold mining company operating in Kakrayebedie with full protection of the police officers from Upper Denkyira West Divisional Police Command to storm the community on Wednesday, January 19, 2021, with a bruce force to completely disconnect the mechanized borehole drinking water constructed by the company for the households for last badge of the residents to be resettled after they were affected by the underground gold mining activities of the company.

The residents noted that there had been series of agitation between them and the company in regard to dismantling the mechanised borehole water since the company claimed that the facility was built within its mine intake.

They indicated that prior to the just ended December 7, Monday 2020, general election the residents together with the management of the mining company met over the Ayanfuri- Kakrayebedie’ mechanized borehole water disconnection issue at the office of the Upper Denkyira West Divisional Police Command.

They mentioned that the police chief advised the two factions to be calmed and that after the election he would come to Ayamfuri-Krakayebedie to see the problem himself.

All of sudden, the residents noted that the company has defiled the order of the police commander and came to the area on Wednesday, January 19, 2021, to disconnect the facility without their notice and took away the water tank and all the water providing equipment.

They stated that the claimed by the company to have provided an alternative source of water to the area before the mechanised borehole was decommissioned was true but the location of the facility was far away from the Ayanfuri-Kakrayebedie community.

They complained that their argument was on the fact that the mechanized borehole at Ayamfuri-Krakayebedie works 24/ 7, but the pipe-borne drinking water from the Ayamfuri water system connected to the area has not been functioning every day as compared to mechanised borehole water, the reason why they said they didn’t want it dismantled.

The worrying situation, they explained, has contributed to the acute water shortage in the various communities within the district.

A video available to Newsmen .com generally depicted how scores of the affected residents of Ayanfuri- Kakrayebedie community were screaming at the time that the workers of the company and police officers stormed the area to carry their disconnection operations.

The video also showed how the people were denied access to fetch water from the borehole after it was closed down by the workers and police officers on that fateful date of Thursday, January 21, 2021.

The disconnection of mechanised borehole water facility, the residents lamented informed their decision to currently drink from the contaminated River Subi because to the borehole water which is the only source of drinking water for a population of over 130 people.

The situation, according to the elders of the area, was as a result of the failure of the government to provide the community with sources of good drinking water.

The residents bemoaned the water situation in the town and lamented that the development has brought untold hardship on residents in the area.

The elders, opinion leaders, unit committee members and the youth asserted that the lives of them and the adjoining communities were under serious threat as a result of the rate at which diarrhoea was affecting the residents.

“Water, they say, is life. But our lives are seriously in danger because the majority of the people living in this community have been attending hospitals for treatment of water-borne diseases every day because of the polluted nature our source of drinking water,” he disclosed.

He explained that “our mechanized borehole water which is safe for drinking have been disconnected by the Perseus Mining Ghana Limited without any explanation to that effect, so we have no choice than to drink from river Subi which has been polluted through the activities of gold miners upstream,” the residents told Newsmen .com.

They revealed that they had made numerous appeals to the District Chief Executive of the area and Member of Parliament (MP) for the area to impress upon the government to provide them with potable water has proved futile.

The visibly worried residents called on the government to provide the community with potable water to help stop the spread of diarrhoea and its related water-borne diseases in the area.

But in a quick rebuttal, the company stated that this is sensational news as the headline and the information contained therein does not reflect what is on the ground at Kakrayebedie community.

The Director of Sustainability for PMGL, Mr Edwin Acquaye on behalf of the company told Newsmen .com, that the residents lied about the real facts of the issue, and that denied that it is not true that the residents in the area are currently drinking from River Subi.

According to Mr Acquaye, the community already have potable water, saying that the company expanded the town water systems through the Edikan Trust Fund.

He reaffirmed that the water extension in place of the decommissioned mechanized borehole was because the system could cope.

“We have “An alternative source of water was provided to the area before the borehole was decommissioned. We provided a mechanized borehole to the residents in the area, ostensibly to replace a manually operated borehole which kept malfunctioning.

He stated categorically that the people living at Kakrayebedie have been relocated to the resettlement site as the place will be impacted by the company’s mining operations.

“We extended water to the area from the Ayanfuri town water systems as the borehole will become unproductive when mining commences. We held series of meetings with the community elders and the people living in the area and the police,” Mr Acquaye further confirmed.

He pointed out that “It is therefore not correct that the disconnection of the mechanized borehole was done without the knowledge of the residents.”

For his part, the Senior Land Accessed Manager of Perseus Mining Ghana Limited, Mr Benard Kwabena Adjei vehemently described the statement made by the residents as factually incorrect.

According to him, proper due diligence was done by way of consulting the Ayanfuri Unit Committee Chairman, Mr Benjamin Boakye, Assemblymember of the area, Mr Castro Aning and the Upper Denkyira West Divisional Police Commander before the dismantling of the facility which is the company’s bonafide property.

He reiterated that this collective decision was taken after the company has provided the safe drinking water from the Ayanfuri water system to the people of the eight households of Kakrayebedie who are yet to be resettled to the Ayanfuri new site.

He pointed out that it is not true that the dismantled of the facility has caused severe water shortage to the people in the area and expressed misgivings about the attitudes of the residents led by one Alfred Yao to issue a death threat to the life of the contractor after the dismantling of the facility.

“It is lie that the people are drinking water from the river Subi. They don’t drink from river Subi long time. And even at the time that we have not provided them with the mechanized borehole water at Ayamfuri- Krakayebedie they used to fetch water from the manual hand-dug well at the Ayanfuri Petencost Church near the chief palace.

“In Ayanfuri, there is community water system and manual hand-dug wells, so it is possible for the people in that area to drink from river Subi,” Mr Adjei discounted the claims by the residents. 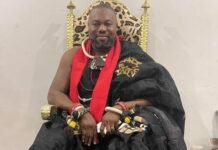 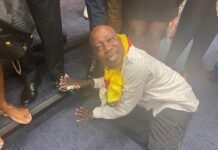