At this crucial time in the history of governance in our dear country, I have had to express my views on the ongoing strife between citizens and the government which has culminated into the harshtag “FixTheCountry”.

Per my readings of the situation in terms of its origin and as articulated by conveners of the campaign, the campaign is driven by a call on government to fix: the electricity and water supply challenges (dumsor), the problem of environmental degradation through illegal mining (galamsey), deteriorating condition of road network, perceived increase in corruption, and the rising cost of living animated by the recent increases in taxes. These are weighty concerns that cannot be wished away by any responsible government that serves to alleviate the plights of its people on whose behalf power is exercised.

Initially, counter hashtag “FixYourSelf” was created as a response to the genuine concerns of the citizens by supporters and in some cases, leading figures of our great party, NPP. However, it’s soothing that persons who initially led this counter campaign appear to have been whipped in line by higher authorities of government. We have subsequently seen responsible responses from government operatives, an act that’s commendable!

It is the responsibility of government to create happiness and solve the problems of the people who voted it into power. In this regard, the people expect reliable electricity supply, potable drinking water, affordable cost of living, effective and efficient motorable road networks, protection of our environment and ecosystem, and other things that make life bearable for every decent human being. While successive governments have done their bits to deliver these essentials, I contend, there’s more room for improvement.

Considering the massive natural resources our country is endowed with, it is normal to expect much more from our governments. This then justifies the call for government to fix the country. It’s my considered view that, an admission by government that the country needs fixing, would be a great step towards harnessing the collective potentials of citizens to achieve a collective national good. Such a step from government, would offer government an opportunity to draw clear line of responsibility between it and citizens.

Consequently, this would lead to full application of the “shared but differentiated responsibilities” principle. A golden principle that can help drive national growth. What exactly does government want from citizens? Every government needs its citizens to pay their taxes, be law-abiding, and, for democratic governments, they want to see citizens serve as a countervailing voice on government. In this case, the citizens feel they have fulfilled their part of the bargain. Whether that’s true or not, it’s the duty of government to communicate in very respectful terms to the citizens.

In my opinion, it’s wrong for anyone to attempt to politically colour the initiators and supporters of the campaign to get Ghana fixed. This is because all members or supporters of an political party, are first Ghanaians. They feel whatever members of the NPP feel – be it good or bad. If the lights, water, corruption, poor roads, galamsey menace, etc are fixed, we all enjoy. The effects of good or bad policies are colour-blind to any person regardless of political leanings.

Government has over the years taken some bold steps to ameliorate the problems of the citizens, this is the time to communicate them succinctly to the masses. While at it, further communications on current steps ought to be put out in very candid manner as well. Where there are genuine challenges such as the Covid 19 effects, we should let the people know. Painting a rosy picture when things are not good, would generate distrust and mistrust amongst the people which will not bode well for government’s public image.

In conclusion, I, like many Ghanaians see the “FixTheCountry” campaign as a call by citizens of good conscience to put government on its toes. Heeding to the call by government would be a fine opportunity to galvanize the support of the people to push out country forward. And therefore, I ask government to take advantage of this, to harness the potentials of citizens while applying the principle of “shared but differentiated responsibilities”!

These days they have difficulty. 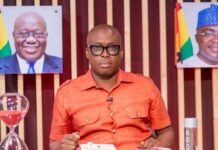