Barely a week after reconstituting of the Board of Ghana Cylinder Manufacturing Company Limited (GCMCL), the Chief Executive Officer, Ms. Frances Ewurabena Esiam has renewed controversy against the Alhaji Abubakar Rahman, the board chairman and Awulae Annor Adjaye iii, a board member.

In a controversial, potentially damaging move, out of the nine individuals named as new board members of the Ghana Cylinder Manufacturing Company Limited (GCMCL), Frances Esiam refused to communicate to Awulae Annor Adjaye iii of his reappointment as a member of the new board after the disbandment of the old board following the scandals that rocked the company.

The nine members are, Alhaji Abubakar Abdul-Rahman as the Board Chairman, and Frances Essiam as the Chief Executive Officer. Awulae Annor Adjaye iii, Nana Forson Danso, Hon. Angelina Baiden- Amissah, Crisler Akwei Ankrah, Kwadwo N. Poku, Michael Abbiw and Wahab Suhuyini Wumbeei were named into the GCMCL board as a president’s nominees announced into the boards by the Chief of Statff, Frema Opare.

But thehawkghana.com can report that Frances Essiam has since sat on the letter of Awulae Annor Adjaye iii and thus preventing him from taken part of the inauguration of the board.

Awulae Annor Adjaye iii has thus been absent from the Board’s meeting for the second time after its formation.

For Awulae Annor Adjaye iii, the CEO of the company is yet to communicate to him of any appointment.

According to him, he only read from news reports that he was reconsidered by the president to serve on the board again.

‘I was never aware of the inauguration, neither was I aware of my membership of the new board, even though they have all my contact details as an old member of the disbanded board’. He told thehawkghana.com.

The Board of GCMCL was dissolved following the rift between the Board and the CEO over the mismanagement and contract padding.

The new board was constituted on the 30 August 2018 by the President of the republic. 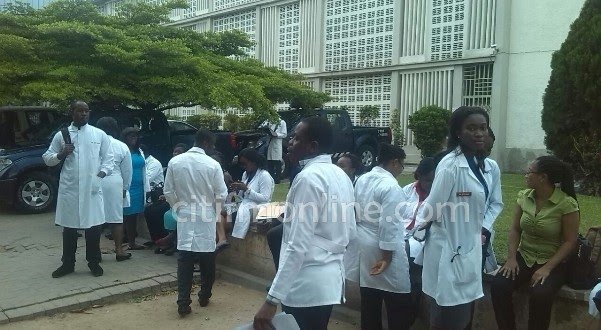