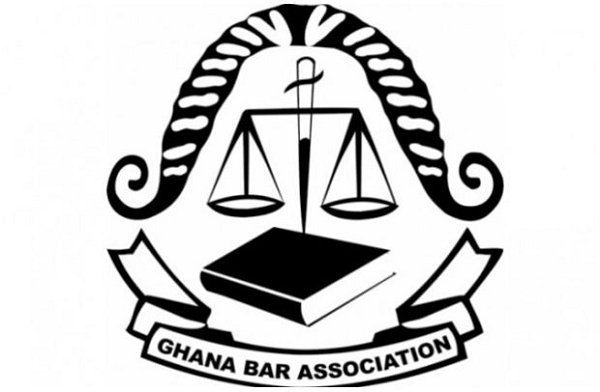 In 1887, John Mensah Sarbah became the first Ghanaian lawyer to be called to the Bar. It was obviously a landmark occasion that helped establish the legal profession in the Gold Coast. The Gold Coast then did not have any institutionalized formal education in law and Mensah Sarbah was trained in England and called to the Lincoln Inn. It was not until 1958, following Independence and the establishment of the Ghana School of Law that the country began to train lawyers locally.

Prior to Mensah Sarbah’s enviable feat, the Supreme Court of Judicature of the Gold Coast Colony was established in 1876 by an Ordinance of the Imperial Westminster, and it was heavily influenced by the British Legal System. At its very early stage, the Court consisted of a Chief Justice and not more than four puisne judges.

As the legal system in the Gold Coast evolved over time, so did the Bar Association. In 1958, the Ghana Bar Association (GBA) drew its first Constitution and Code of Ethics and subsequently began organizing regular annual conferences. The GBA annual conferences have been regularly held except for some few years, when as a result of disruptions resulting from coup d’états the conference could not be held.

Today, the Ghana Bar Association has evolved as a democratic institution and the foremost association of lawyers in the country. While membership of the association is not compulsory, being a member of the Association is a natural progression for an overwhelming majority of young lawyers.

And unlike the days of Mensah Sarbah, the legal system has evolved and under today’s system, the difference between a Solicitor and a Barrister in respect of who a legal practitioner is, has been erased. Originally, the intended effect was to have a distinction between Barristers and Solicitors: the barrister, an advocate of the court and the solicitor, the counsellor and drafter of documents. But this system, inherited from the British legal system has virtually been discarded under the present system. Under the Legal Profession Act of 1960, statutory authority was given to the lawyer as a legal practitioner, a term which embraces both the Barrister and the Solicitor.

At its very nascent stages, the Ghana Bar Association was not a very formalized institution of lawyers. Generally, the number of lawyers was small, and activities were largely social in nature with no record keeping of meetings. The most senior lawyer was naturally considered as the leader and there was no structure to house a secretariat for the Association.

Since it formalized its activities, the Ghana Bar Association has organized about 27 National Conferences and has been led by a total of 27 National Presidents.  The first recorded President of the Association was Robert Samuel Blay who led the organization from 1957 to 1959 although as indicated earlier, prior to him there were other leaders of the Association. At the initial stages, executives were elected to serve terms of one-year but currently executives are elected to serve three-year terms.

This year’s conference is expected to witness one of the most keenly contested elections of the Association with strong competitions at the positions for National President, Vice President and Treasurer.

The key issues for this year’s election include the role of ICT in managing the affairs of the Ghana Bar Association, Adaptability to Covid, Continuing Legal Education for lawyers and remuneration for lawyers, particularly, newly enrolled lawyers.

Already, the current administration has laid a solid ICT foundation with the introduction of a customized IT platform that has simplified payment of relevant fees and remarkably improved renewal time of license for lawyers and chamber registration. The virtual platform which was developed prior to the covid has simplified processes and lawyers can join Continuing Legal Education seminars from the comfort of their homes or offices and abroad.

For the first time in the History of the GBA, the Annual General Conference is going to be held both physically and virtually. The integration of virtual participation for this year’s Bar conference is also a testament of progress made in this area and a strong indication of the quick adaptability of the Association to the challenges imposed by the Covid pandemic. Going forward, members are expected to seek assurances from contenders as to how well these gains can be consolidated and enhanced to make the Association more efficient.

The issue of remuneration, particularly, for newly enrolled lawyers is also turning out to be a key election issue with concerns of many young lawyers that systems must be instituted to ensure some enhanced compensations for them. This is an issue that strikes at the very heart of the practice. It is, perhaps, an issue that has persisted for several years and both candidates for the position of National President are paying the necessary attention to it. Linked to this, is the quest for greater engagement of young lawyers and it is worthy to note that the current administration facilitated an amendment of the Constitution of the Bar to grant the Young Lawyers Forum, Women’s Forum and Corporate Lawyers representation on the General Council of the Bar.

Continuing Legal Education (CLE) for lawyers is also attracting considerable interest in this election as over the years, the high cost of legal education has limited the ability of the Association to provide free CLE to large numbers of lawyers. Already, this current administration has chalked some successes in expanding access to CLE for lawyers but there is clearly clamour for more opportunities. How candidates convince their voters that this issue can be urgently addressed in the short term remains a challenge considering the huge cost involved in providing CLE for free or at highly subsidized fees to members of the Association.

This year’s GBA Annual General Conference is being held on the theme, ‘Ensuring an increase in revenue mobilization through taxation for the purpose of accelerated national development The role of the lawyer’. The conference commences on Sunday, 12th through to Friday, 17th September in Bolgatanga in the Upper East Region. The conference can be attended either in-person or virtually. The closing date for the registration is 5th September 2021 and it is expected that as many as 600 lawyers would register and participate in the conference as is the norm in the Bar ‘election year’. 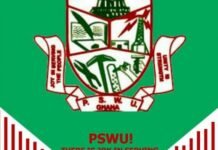 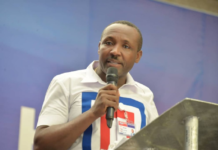 ‘You must be corruption soaked to be ECOWAS Chair’, says Gabby