The National House of Chiefs has kicked against proposals to allow for political party participation in District Level elections.

It has thus asked Ghanaians to completely reject the December 17 referendum which is aimed at seeking permission from Ghanaians to allow political parties to sponsor candidates for such elections at the local level.

The Referendum which seeks to amend Article 55 (3) to enable political parties to sponsor candidates for election to District Assemblies or Lower Local Government Units has been greeted with mixed reactions from a number of interest groups.

Currently, the law, in Article 243 (1) of the 1992 Constitution, says District Chief Executives for every Metropolitan, Municipal and District are to be appointed by the President with the prior approval of not less than two-thirds majority of members of the assembly present and voting at the meeting.

However, the National House of Chiefs which is the latest to add its voice to the raging debate has stiffly opposed the move and has cast doubt over the efficacy of partisan involvement at the local government system.

The House of Chiefs in a statement issued and signed by its President Togbe Afede XIV, they argued that effective decentralization would negatively be affected by the control of local parties given that the constitution was purposely designed to protect local level governance.

“We want the citizenry to know that the referendum is meant to permit unbridled partisan politics into local government, and so the merits of the proposed reform should be assessed on that basis. We strongly recommend its rejection by the citizens”, the House said in the statement.

“The efficacy and utility of introducing partisan politics into local government is questionable. The development implications of such reforms are by no means self-evident. The framers of the 1992 Constitution had good reasons for protecting our local government system from partisan politics, and the rationale for the new reforms has not sufficiently addressed the grounds for the exclusion.” 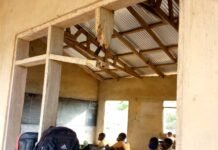