The former La Dadekotopon Municipality Chief Executive (MCE), Madam Rita Odoley Sowah has indicated that it was long overdue the new Ultra-modern market complex in La is completed for the market women to relocate in from street.

To this effect, she advised the current administration to speed up work on the Ghc 5.4 million market complex.

In an interview with The HawkGhana.com the former MCE indicated that the market project is long overdue since funds have been set aside purposely to complete the ultra-modern market complex on time before she exited office.

The project was expected to complete at least in early 2017, but it appears current administration is dragging its fit and no one knows the intends behind the delay to complete and open it.

Currently the market complex about 85% complete and expected to boost local economic of the people area when completed.

To this, traders and the people of La Dadekotopon Municipality have commended the former President John Dramani Mahama led NDC for the vision leading to begining the market project which today is 15% away from completion.

The modern market complex is one of the major projects started under the President John Dramani Mahama administration at La Dadekotopon Municipality in the Greater Accra Region.

The former MCE, Madam Odoley Sowah also told this Portal that the project formed part of the NDC administration intention to ensure the people could trade under a befitting market environment.

She said, “the standstill project was to give La traders a market center that befits the status of the people and to lead to a reasonable economic transformation of the women in the municipality”.

She also hinted that “the market remains one of my babies so dear to my heart and I made sure that the project sees light of day”.

According to her, during her tenure as MCE the Assembly put in efforts to generate more revenue, and this has resulted in the massive infrastructure development within the municipality which are allegedly standstill.

To this effect, the former La Dadekotopon MCE called on the current administration to speed up the 15% project left for it to be handed over to the market women to leave the street back into the market.

The former La Dadekotopon MCE jarbs the ruling NPP for allegedly stopping projects started under tenure of JM, mentioned projects like the walk-way from the wireless school to palm wine junction; Roads around La Traditional Area where the construction of the drains started as well ongoing roads in Tes-Addo all noe become standstill.

The MCE posited that, “we are very disappointed in the government for abandoning project we have started; I am confident that come 2020 we will win the elections so that we can finish all the projects within the Municipality “.

She mentioned projects such as some roads in Tse-Addo; La Traditional Council roads where the drains are started and walk-way which are started around wireless school and expected to end at palm wine junction. 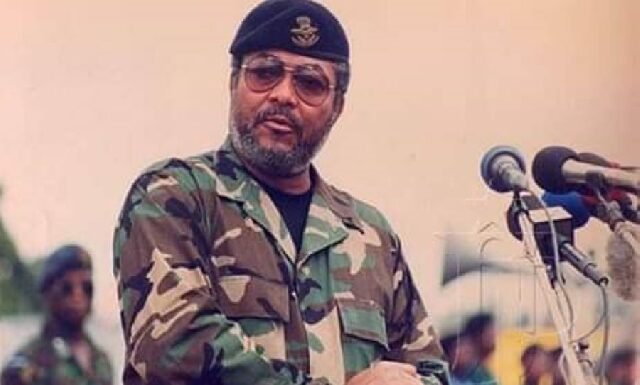