He was a detribalized leader; a core believer in one Ghana. That national outlook was premised on his exposure, training and cosmopolitan disposition as a soldier.

In his epochal activities, his devotees called him all manner of names including “JJ” — Junior Jesus.  But unfazed haters also growled, and cast him as ‘SS’ — Senior Satan: if not in those exact words, but in scalding and derisive, if not outright hateful, sentiments.

During his older days, not a few, friend or foe, called him Papa Jay.

But roiled or pleased, riled or bliss, friend or foe, no one could ignore Jeremiah John (JJ) Rawlings aka Jerry Rawlings, the “Scot” that took over Ghana (a condescending Western media headline framing of his power capture); and gifted it back its soul!

But that twin military/democratic tour was his second coming.  His first, a short, sharp but intense 112-day roller-coaster (4 June – 24 September 1979), cemented Rawlings’s place in history — a mark neither friend nor foe would forget.

Yes — and regretfully — it was a grumpy period of bloodletting.  For that, not a few dismiss JJ as “murderer” and “blood-spiller”, his act beyond pardon, and Rawlings himself, unmitigated villain of history.

But it was bloodletting as shock therapy, for a post-Nkrumah Ghana that had totally lost its soul; and the cream of its intellect, the flower of its knowledge class, self-reduced to hewers of wood, cobblers of shoes and lowly teachers with tick-tok minds, in neighbouring Lagos, Nigeria, in a furious gallop from the nightmare at home.

But even that hit a trough: in the Shagari Presidency Ghana deportations of 1983 (a reverse of the 1969 Kofi Busia mass expulsion of Nigerians from Ghana), which the rather picturesque Nigeria-speak dramatically captured: Ghana Must Go (GMG)!

Even, if you didn’t witness that Ghana odyssey in Lagos and all-over Nigeria like myself, just pick up and read Ayi kwei Armah’s The Beautiful Ones are not Yet Born (published 1968): to see, and hear, and smell the depth of the tragic dialectics, that triggered the Rawlings-era bloody purges.

But three generals, among the doomed eight, caught global attention, all ex-heads of state: Akwasi Amankwaa Afrifa, Ignatius Kutu Acheampong and Fred Akuffo. Akuffo had earlier overthrown Acheampong, in a corrupt junta palace coup.  But the sight of two immediate past Ghana heads of state, facing the firing squad, was roiling and shocking!  It sent a chill through the emergent but corrupt Ghana elite!

But deep global sympathy welled up for Afrifa.  Afrifa, a retired Lieutenant-General, had overthrown Kwame Nkrumah in 1966; and became head of state.  Later, he was first chair of the three-member, Collegiate Presidential Commission that “reigned” with elected Prime Minister, Kofi Abrefa Busia (1969 to 1972), in a diarchy.  Besides, Afrifa had just won a seat in the soon-to-be-inaugurated Ghana 3rd Republic Parliament, and pop! — his execution, at 43, on 26 June 1979!

But all happened in 112 days, after which the Rawlings Armed Forces Revolutionary Council (AFRC) handed over to elected President Hilla Liman, on 24 September 1979.  But two years later, Rawlings deposed Liman, on 31 December 1981, for his second coming, stretching 20 long years.

Both have earned Ghana’s eternal gratitude, for their mutual salvation of motherland.  But beyond that common glory, they were radically different ideological birds.

Nkrumah was a radical intellectual ideologue and pan-Africanist, fired by dreams of Ghana’s greatness; and its leadership of an Africa — indeed, a Black universe — totally free of any foreign domination, political or cultural.

His classic, Neo-colonialism, the Last Stage of Imperialism (published 1965), which saw — and punched — through Africa’s post-flag independence western domination, sent sheer panic through western metropolitan capitals.  Indeed, the US State Department sent the author-president a growling note of protest; and promptly cancelled a US$ 25 million “aid” to Ghana!

That appeared the beginning of the end.  Next was his 1966 overthrow, by international capital and renegade local soldiers.

Rawlings, on the other hand, was the impassioned, development-minded pragmatist, propelled by a strong sense of right and wrong; and the urgent push to force the ruinous Ghana elite through the straight and narrow path.  But he never claimed any ideological kin with Nkrumah, though Rawlings harboured own pan-Africanist streak.

Yet, it all happened under Rawlings, with even some tongues wagging over his alleged involvement.  Others also pointed fingers at Kojo Tsikata, retired Captain in the Ghana Army and head of National Security and Foreign Affairs in the Rawlings Provisional National Defence Council (PNDC), the ruling council of his second military regime.  But these accusations were not proved.

In 1967, Gnassingbe Eyadema took power in Togo.  Now, 53 years later, Togo is near-Eyadema fiefdom, with “Baby Doc”, Faure Gnassingbe, presiding over “family fortunes”!  Why, siblings Faure and Kpatcha, one the president, the other Defence minister, once even brawled, in the Eyadema “royal” rumble!

In Liberia, the pathetic Master-Sergeant Samuel Doe made a pathetic push at power; and copped a civil war that consumed him at 39.

Even in Nigeria, Gen. Ibrahim Babangida essayed a failed Peronist transition, from self to self.  But all he achieved was a Khalifa, Sani Abacha, who left sleaze as stinking memory!

More importantly, he left Ghana far saner than he met it.  That can’t be said of most African rulers of his generation.

Rawlings cannot be divorced from this institution that truncated Ghana’s democracy at its infancy and foisted on the country a centralized political structure that mirrored the military command chain.

But it could be said that the Admiral made restitution in retirement by becoming an ardent supporter of military disengagement to allow popular rule to thrive.

Lamentably, he continually groaned over the gap between expectation and reality. The struggle led to civil rule. But it never translated to good governance. When he urged the political class to do the right thing, they refused to listen to his candid advice. Power drew a wool across the eyes of those in power.

Rawlings was a humble statesman. He was a man of immense moral stature and discipline. Unlike other top military brass, he never flaunted wealth.  He distanced himself from the culture of opulence that was infuriating to the poor, who were victims of prolonged military profligacy.

There is the need to immortalized JJ Rawlings by the government. However, the best honour to his memory is for those in power to emulate his humility, simplicity, team spirit, respect for superior views, candour, courage, and belief in the future greatness and survival of Ghana as a nation, where poverty will drastically reduce, where government will be transparent and accountable, where there will be no oppression of any race by any tribe, and where justice will always prevail.

Rawlings was all about Ghana — and history would never forget!

Akufo-Addo: Give Me Another Four Years, I Will Perform Better 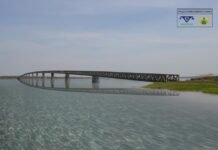