It’s unclear why sub chiefs would take pride in contesting the President of their Traditional Council.

Some residents who spoke to this paper on condition of strict anonymity attributed the number of chiefs contesting the Paramount Chief to his inability to stay clear from partisan and tribal politics.

‘Nana Techiman manhene, has demonstrated above any reasonable doubt that he is not comfortable seeing any other person/tribe on his soil take position of leadership apart from indigenes’.

‘Ameyaw Akumfi IV is gasping for breath in the contest because the open hatred shown non-indigens before, during, and after the 2020 general elections.

For others, it is his comeuppance.

It is alleged that the Electoral College was skewed to favour him (Ameyaw Akumfi IV) because he is enjoying government’s endorsement, but luck eluded him as some three Assembly Members have injuncted the elections.

The three Assembly Members; Afolabi Kennedy, Issah Mubarack, and Paul Adu Frimpong are challenging the legalities of the Electoral College.

They argued that the Electoral College is an affront to the Constitution of the Republic, and unconscionable to elected members of the eleven Metropolitan and District Assemblies in the region.

A Sunyani High Court has since restricted the Bono East Electoral Commission (EC) from conducting member of Council of State elections for the region slated for February 12, 2021.

As a result, Bono East is the only region that couldn’t vote to elect a member for the Council of State of the court order.

A political watcher thinks Bono East is gradually becoming a citadel of electoral lawlessness. ‘It is not good for a newly created region. Rather than focusing on development, Bono East is gaining notoriety as nonconformists. 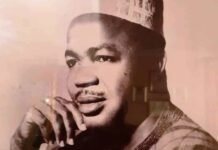