Wofa K pulled a total of 419 votes to defeat the other 3 contestants.

The election which was contested in sixteen  had a total of 719 accredited delegates voting in the chairmanship slot.

His closest contender, Andy Owusu, gathered a total of 282 votes.

The newly elected Chairman said he was mbled and excited by the confidence reposed him by the Chapter.

He said he was happy and set to render another tremendous service to the party through the people of the chapter.

He said, the electoral process was transparent adding that the election was one around town.

He called on candidates who lost in the election to come on board as there was room in his administration for everyone to serve.

Kingsley urged his supporters to celebrate moderately and pray for more wisdom to paddle the affairs of the chapter.

On his part, Andy Owusu have called to congratulate Adumattah on his victory.

‘I have contacted Kingsley to congratulate him for winning the mandate of the people as the next Chairman of NPPUK.

I thank my team for the great work. It was a good race and the best candidate won.

I wish him all the best’ Andy’s official communique after the election read. 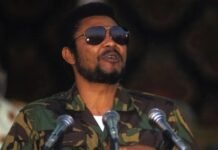