South Africa’s ex-president Jacob Zuma has until Wednesday to suggest what sentence he should be given if found guilty of contempt of court, in a marked deviation from the standard rule book.

Zuma, who turned 79 on Monday, repeatedly snubbed a judicial panel investigating the plunder of state coffers during his nine-year rule, claiming bias on the part of its chair and political interference in the judiciary.

The former head of state testified only once in July 2019 before staging a walkout days later.

On January 28, the Constitutional Court ordered Zuma to appear before the commission — led by Deputy Chief Justice Raymond Zondo — but he ignored the order.

Zondo then petitioned the country’s top court to jail the scandal-tainted former leader for two years for contempt.

A defiant Zuma skipped the hearing last month and did not file the required affidavits.

The court now wants Zuma to determine “what constitutes the appropriate sanction” if he is found guilty.

Chief Justice Mogoeng Mogoeng last Friday directed Zuma to file an affidavit of no longer than 15 pages on or before Wednesday explaining “the nature and magnitude of sentence that should be imposed” on him.

It is still unclear if the former president will honour the directive.

Neither his lawyer nor his foundation — the two avenues for his communications — replied to repeated requests for comment.

Experts say it was uncommon for the court to issue such a directive.

The decision creates an impression of special treatment, said James Grant, a constitutional lawyer, but he added that a soft landing could also spell bad news for Zuma.

The court’s judges are “bending over backward to accommodate him… and are preparing to give him a harsh sentence.

“They want to show themselves as having taken every possible opportunity to hear from him,” Grant explained.

Law professor Omphemetse Sibanda of the University of Limpopo warned that the court’s actions could spell disaster for the country.

In the long term, courts risk being abused by a “clique of rogue powerful elite and politicians as if South Africa is a mafia state where the judiciary is responsible to the politicians,” he wrote in a column on the News24 website.

Zuma had earlier this year compared the courts to the apartheid judiciary functioning under white minority rule.

While highlighting his own anti-apartheid exploits, Zuma said in a statement that he was ready for “the law to take its course” and did not fear being arrested, convicted or incarcerated.

“The wrath visited upon me as an individual knows no bounds,” he said.

The country’s highest court will make its ruling at an undecided later date.

Meanwhile, the Supreme Court of Appeal on Tuesday declined to set aside a 2018 ruling stripping Zuma of state-funded legal costs incurred by him in his personal capacity.

The court said it was “egregious” to award the former leader a blank cheque to pay private lawyers and that “a web of maladministration” had enabled them.

Zuma has been ordered to return the funds that had been advanced to him.

The embattled leader, who came to power in 2009, was forced to resign in 2018 over graft scandals involving an Indian business family, the Guptas — who won lucrative contracts with state companies and were allegedly even allowed to choose cabinet ministers. 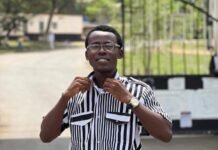