The newly elected National Chairman of the NDC Samuel Ofosu Ampofo has promised to carry all members along as he takes leadership of the party.

“We won’t leave anyone behind. We will carry everyone along. I won’t sit in Accra and run the party from Accra, we will come to the districts and constituencies and engage you and deepen the relationship,”.

In his victory speech, Mr Ampofo promised to carry all members of the party along.

He said: “There are no winners and there are no losers. All of us have our part to play in moving the agenda of 2020 and beyond and I believe as the theme of the 9th National Delegate Congress suggests, together we win. We are not living anybody behind, we are holding each other’s hand to move the agenda towards recapturing power in 2020.

Ampofo, a former Branch chairman of the party who rose to become a Member of Parliament and a Local Government Minister garnered 3656 votes ahead of his closest contender Dan Abodakpi who polled 2,199 votes. Alhaji Hudu Yahya who had previously tasted national executive position as General Secretary failed in his bid to win the chairmanship slot. He polled 1823.Meanwhile, Joshua Akamba has beating off competition from the likes of Baba Jamal and Yaw Boateng Gyan to emerge National Organizer of the National Democratic Congress.

Betty Mould Iddrisu, the only woman who contested the chairmanship slot was consoled with 301 votes with Danny Annang, a financier of the party also failing to cross the 500-vote mark, with a paltry 309.

Koku polled 1,625 in his bold but failed electoral ‘coup d’etat’ against his former boss.

9,000 delegates across the country besieged the Fantasy Dome at the Trade Fair Center in Accra, Saturday morning to elect new breed of executives to lead the party for the next four years.

He secured 3,087 out of the over 9000 votes in the Congress held on Saturday and Sunday at the Trade Fair Centre in Accra.

It was the biggest number of delegates in the party’s history to be given the opportunity to elect new executives but the delegates, just like journalists did not anticipate a marathon Congress.

After almost 36 hours of Congress, the chips fell in their rightful places and every candidate knew his or her level beginning 5:00pm Sunday.

A total of 65 aspirants contested different positions in what will be a new look NDC ahead of the 2020 elections. 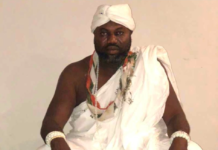