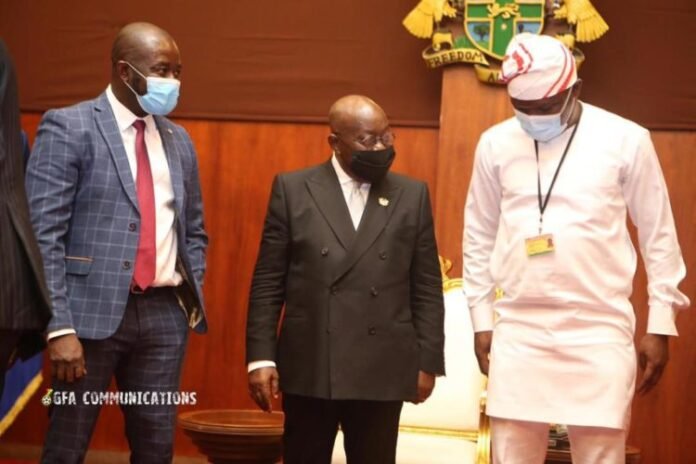 The former Black Stars head coach Charles Kwabla Akonnor has not been paid his wages by the Ghana Football Association, GFA, five months after his appointment was wrongly terminated, reports The Hawk Newspaper.

The GFA paid only nine months’ salary to the former Black Star skipper since his appointment as the Coach of Ghana’s senior national team with s huge chunk of backlog of thirteen months salaries owed him.

Akonnor’s contract has been severally breached by the Kurt Okraku led Football Association after he was contracted for the period of twenty-four months.

The GFA abrogation of Akonnor’s contract as the Black Stars Coach after weeks of fireworks between the Football Association and Coach Akonnor who managed the team to qualify for the 2021 AFCON in Cameroon.

In his place, the Football Association appointed Milovan Rajevec, as the Head Coach of the Black Stars.

Before his sacking, Akonnor had demanded that the GFA paid him his outstanding salaries of thirteen months and an additional four months’ pay together with his sign on fee before he quit the team.

Strangely, the GFA managed to pay Milovan Rajevec an amount of Seventy-Thousand Dollars ($70,000.00) as his sign on fee before he took over as the Head Coach.

Worrying is the GFA’s refusal to pay CK Akonnor five months out of office as the Coach of the Black Stars.

Despite the disdain CK suffered in the hands of the FA President, Kurt Okraku and his henchmen, the former Black Skipper finds it difficult to do anything including dragging the FA to FIFA for breach of deeds, for the sake of the image of the national team.

If the GFA could lure or employ the Ministry for Sports to pay Milovan Rajevec off, why not pay CK Akonnor too?

Togbui Afede And His Hollow Criers Against Oti (Opinion)