She said any aspirant who runs out of money before the election “should forget winning the Primaries”. “I understand the real game when it comes to internal elections. If you run out of money on the eve of the election day forget it. So, all candidates must be prepared, hoard enough money for the few days left to the election.

Don’t spend money on anything now wait after the election then you do that.” The Deputy National Communication Officer known in politics as Jeniffer Queen said this in a phone interview with Nkawkaw based Agoo FM’s morning show program dubbed “Ene Nso Biom” hosted by Omansofo Kwabena Asante.

Ghana continues to grapple with the increasing monetization of politics particularly during internal political party elections, a situation linked to the high level of corruption among government officials. However, Jennifer Prempeh believes it is a reality that candidates cannot do away. Speaking on the fifteen (15) disqualified aspirants in the Eastern Region, Jennifer Prempeh called for calm among the affected persons and their supporters.

She said though painful, the decision of the National Executives Committee (NEC) must be respected adding that many of the incumbent Members of Parliament will not contest again in 2024 which would give them another opportunity to pursue their ambition of serving in Parliament. There has been raging anger among some branch executives and supporters of the ruling New Patriotic Party (NPP) in the Eastern Region after the National Executive Committee (NEC) of the party upheld the disqualification of fifteen (15) aspirants by the vetting committee.

The branch executives and supporters of the disqualified aspirants were hopeful NEC will establish merit in petitions filed by their various aspirants to reverse the decision of the vetting Committee described by them as unfair and unjust. While some of the embittered supporters have threatened to vote skirt and blouse others say they will not vote at all in the December election. “We will vote skirt and blouse. Mark our words. We are the movers and shakers at the grassroots. You will see what will happen in December”. 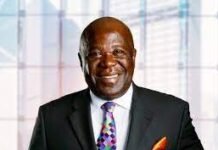