The National Labour Commission (NLC) has directed the National Council for Tertiary Education (NCTE) to pay the salaries of some Technical University teachers who submitted their data to the council.

This directive was communicated to the Representatives of the Lecturers at an emergency meeting between Technical University Teachers Association of Ghana (TUTAG), Ministry of Finance, Ministry of Employment and Labour Relations, Ministry of Education and various stakeholders on Friday, January 10, 2020.

TUTAG on Monday declared an indefinite strike to protest the non-payment of some allowances, accusing government of refusing to fully comply with an earlier ruling by the National Labour Commission (NLC) that members of the association start receiving monies due them.

The industrial action led to a similar action by members of the Technical University Senior Administrators Association of Ghana (TUSAAG) on Wednesday, January 8 and a threat of a demonstration by the Student Representative Council of the Accra Technical University (ATU) with support from the Ghana National Union of Technical Students (GNUTS).

But calling both TUTAG and NCTE to order in a press release, the NLC directed TUTAG members to resume work immediately. It also ordered that six out of the eight universities that have submitted their data to the NCTE be paid before January 29, 2020.

The other two technical universities, Sunyani and Tamale, which had not submitted their data were also asked to do so latest by January 17, to enable government to pay them.

Reacting to the directive, a Lecturer of Koforidua Technical University  Chapter of TUTAG, described the government as shameless for owing lecturers several months of unpaid earned academic allowances and still want them to continue to work for free while the Presidency and the Legislature feed fat on the wealth of the nation.

He said it is sad that a government that prides itself as having integrity has shamefully shown it lacks integrity by failing to honour agreements reached with the union but resulted to harassment and intimidation of our members on a patriotic struggle to save public education in Ghana.

Godwin said that the directive will add fuel to the struggle as academic staff have resolved to get proper education for the children of the masses.

According to Godwin, the Military government tried unsuccessfully to intimidate the collective will of Ghanaian masses adding that members of the union have resolved to fight for the future of the country.

“We have passed this road before. It is a familiar terrain which we can navigate with our eyes closed. We shall triumph any attempt to destroy the common patrimony”. The power of the people is stronger than the people in power.”

It would be recalled that TUTAG declared a strike on October 7, 2019, following the failure of government to fully migrate senior members of technical universities onto the Single Spine Pay Structure of public universities.

That, it said, was after TUTAG had gone through a comprehensive staff audit in fulfilment of the migration.

“Government sought the intervention of the NLC after failing to reach any consensus with the leadership of TUTAG after series of meetings.

The NLC invited both parties to a hearing on October 28, 2019, and ruled that the “employer shall pay all the generic allowances payable to TUTAG members who qualify at the end of December 2019 (electricity, rent, security, car maintenance, off-campus allowances).

The responsibility, entertainment and fuel allowances shall be paid to deserving office holders in December 2019 and that the back pay of the above allowances, effective August 2019, shall be paid in January and February 2020,” the statement said. 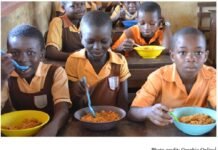