Baah Acheamfour, the spin-doctor for Communal Labour Forum, a non-government group has accused Jean Adukwei Mensa, the Chairperson of Ghana’s Electoral Commissioner of hiding her real age from the public eyes.

For him, Jean Mensa is older than the stated age of retirement for the office of the Electoral Commissioner by the 1992 Constitution.

In a radio conversation on AhotorFM on Monday, Baah said Ghanaians and the global community must have been taken aback that a 21st century Head of an Institution of a country like Ghana did not know her real year of birth.

According to Baah, Jean Mensa should consider turning in her resignation as someone who does not know her age cannot know how to manage elections of a nation and to save our corporate image as a country that has an Electoral Commissioner without age.

He queried “How many things may be missing in Jean Mensa’s bio-data?

‘In a normal clime, Parliament would have set in motion verification modalities to avoid further national embarrassment and expose Jean Mensa’, he said.

“Come to think of it, a Commissioner that does not know her age, could not be said, to have sound knowledge of the people and country on whose behalf she working, let alone knowing the peculiarities of her duties. This is simply not the kind of Electoral Commissioner Ghana needs now.

For Baah Acheamfour, he has for the past week surf the internet for Jean Mensa’s date of birth without success.

‘Unlike any public office holder in this country, all attempts to ascertain the age of Jean Adukwei Mensa proved futile.

He said, all the data about Jean Mensa online precludes her date of birth or age.

Her suitability for managing Ghana’s election in this century was summed up by one commentator as an embarrassment.

Ever since she appointed to chair the Election Management Body, Jean Mensa’s posture has come under scrutiny.

To Baah, someone who has the same terms and conditions of service as a justice of the Court of Appeal needs to be upright.

‘I shall be going to court to compel her to make her date of the birth public if she refuses to put it out willingly.

Quite a several Ghanaians have their reservations about Jean Mensa because of her public posture, some think she is working according to a script. Supporters of the governing party have defended her by comparing her to Charlotte Osei who they claim was clueless.

Want to Know More About Homework? 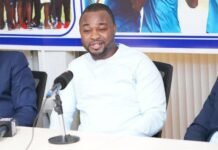