Since the commencing of trade under the continental free trade agreement started on 1st January 2021, Nigerians in Ghana say they are suffering discrimination after many of their businesses were closed by local authorities. It’s part of a suite of policies adopted by Ghana aimed at protecting local retail traders from foreign competition, which is dominated by Nigerians.

The new market, created under the African Continental Free Trade Area (AfCFTA) agreement is estimated to be as large as 1.3 billion people across Africa, with a combined gross domestic product (GDP) of $3.4 trillion. This has a potential of lifting up to 30 million Africans out of extreme poverty, according to the World Bank.

It is also expected to boost intra-African trade, promote industrialization, create job, and improve competitiveness of African industries on the global stage.

But six months after a series of bilateral talks between the Nigerian government and authorities in Ghana aimed at addressing the nearly a decade-long controversy that led to the closure of Nigerian traders’ shops in Ghana, the issues have not been resolved.

Given Nigeria’s status not just as one of the continent’s largest economies but also as its most populous country, it would be suicidal if Ghana continues to target Nigeria in the area of trade.

Dozens of shops belonging to Nigerians are still under lock and key; while most of the owners are stranded. Some of them said they beg to feed even as many of them remain reluctant to go back to Nigeria despite a window created by their home government to facilitate their safe return.

The centre of the lingering controversy was a $1 million levy imposed on Nigerian traders and other foreign investors to pay Ghana Investment Promotion Centre (GIPC), before the shops would be opened.

The conditions set by the Ghanaian government had triggered a debate in Nigeria and within the African sub-region, which many considered as a breach of ECOWAS’ trade protocols.

After receiving a formal complaint from its citizens, the Nigerian government set up a ministerial committee to find a lasting solution to the plight of the traders but it appeared not much has been achieved.

The committee was made up of representatives of the ministries of Interior, Trade and Investment, Foreign Affairs and the Nigerians in Diaspora Commission (NiDCOM).

After a meeting with a delegation of the Nigerian traders, the committee resolved to engage the Ghanaian government in every way possible to end the crisis, with a promise to evacuate any trader who may wish to return home.

About 40 shops closed after talks

“To be precise, it happened on November 30, 2020; one week to Ghanaian election. I returned from Nigeria then. As I arrived in Ghana, they came and locked up my shop, and 40 other shops.

“Those shops were different from what I reported months ago to the ministerial committee in Nigeria. Till date, all the shops are locked up.

“The update now is that Nigerians’ shops are still closed and the authorities are warming up to close more,” he said.

Nnaji said during his delegations’ meeting with the ministerial committee, they were assured that Nigerian and Ghanaian governments would negotiate with a view to finding a lasting solution to the problem.

On whether the government is making efforts to return some of the stranded Nigerian traders, he said, “If the only option Nigeria has is to evacuate us from Ghana, I think it’s well and good because we must leave Ghana for a reason and that reason is that Ghanaians don’t want us to trade in their country.  We have not committed any sin. We have registered our businesses and we are paying taxes.

“Ghana is not like Nigeria; here, we pay taxes in millions of naira equivalent. Last year, they gave me an 11,000 Ghana cedis estimate, almost a million naira. A working permit is $500 while a resident permit is $400.

“Ghana’s law does not stop foreigners from trading. There is nowhere the law says that, but they just formed it (a new rule) and are using it to colour us blue. And, I’m surprised that the government of Nana Akufo-Addo is supporting such things.”

On the impact of the intervention by the ECOWAS parliament, he said, “Back in 2010, ECOWAS came and told Ghanaian officials that they do not have the right to sack Nigerian traders because we have the same citizenship as ECOWAS member states. But Ghanaians don’t care about that.”

Also speaking, the Secretary General of the Nigeria Union of Traders Association, Ghana (NUTAG), Comrade Evaristus Chukwuduruo Nwankwo, said: “The update on our situation here in Ghana is that the local traders are unrelenting in their agenda of chasing Nigerian traders away from Ghana, especially where they seem to have any little competition.

“As we speak, the over 250 shops locked on December 2, 2019, July 2020 and December 2020 have not been opened. In fact, some landlords who are working with GUTA have forcefully taken some shops back even when rents have not expired.”

‘Our members are now beggars’

Speaking on the living conditions of his members since 2019, Nwankwo said: “A lot of people have turned to beggars. We have lost a few of them who could not afford to manage their underlying sicknesses like diabetes.

“The Charge de Affair at the High Commission of Nigeria in Accra, Madam Esther Arewa, sent her widow’s mite in cash and kind to us and we are grateful to her. It was her personal donation and not from the government of Nigeria I must emphasize.”

President of NUTAG, Chukwuemeka Nnaji, also said their shops have remained closed months after the visit of the Speaker of the House of Representatives, Hon. Femi Gbajabiamila, followed by the stopover made by Vice President Yemi Osinbajo.

“Currently, Ghanaian traders are asking for our shops so they can take over. Many of our members have lost their shops.

“We left Abuja with high hopes and assurance that things will be better, but six months after, Ghanaian authorities continue to close more shops.”

If Ghana enacts a law barring foreigner from engaging in retail trade, then, we can assert, confidently, that virtually, 99 percent of foreigners in Ghana ought to be deported for the simple reason that most of them are engaged in the retail trading.

Ghana is not a manufacturing economy like Japan, Korea, India or China, among others. What that means is that retail trade is the dominant thing. Ghana is a retail economy. If she wants to bar foreigners from the retail trade, then, it should be all-inclusive without segregation. Nigerians should not bear the brunt of a discriminatory law.

For instance, our investigation shows that there are over 186 supermarkets in Ghana, all engaged in retail trade. Most are owned by foreigners. Multinational giants like Shoprite are in this category. Is Shoprite and others like that included or exempted from the retail trade law? If they are included, why were their shops not locked up like those of Nigerians? But if they were exempted, the question is why? Why single Nigerian traders out for persecution. 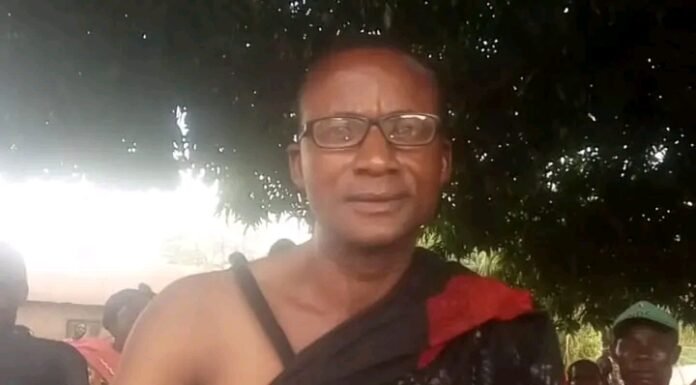 The Fundamentals of Nursing Theories about Stress Revealed